The Dolphin Project is the first inter-country energy project in the Middle East, which brings gas from the largest gas field in the world, the North field in Qatar, to the United Arab Emirates (UAE) and Oman.

The North field gas is piped to the Ras Laffan processing facility then exported to the UAE via a 48 inch, 364km subsea pipeline to the Taweelah receiving station. The gas is then delivered through Dolphin’s wide on-shore gas network to UAE utilities and distribution customers such as Abu Dhabi Water and Electricity Company (ADWEC), Dubai Supply Authority (DUSUP) and The Union Water and Electricity Company (UWEC), as well as the Oman Oil Company, 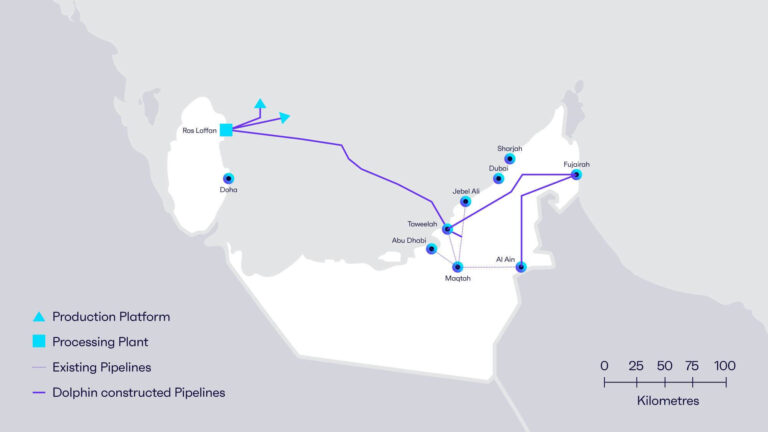