Since June 2018, Mubadala Energy has a 10 percent participating interest in the offshore Shorouk Concession in Egypt, which contains the supergiant Zohr gas field.

The Zohr field was discovered by Eni in August 2015 and is the largest natural gas field ever found in the Mediterranean, with a total potential of up to 30 trillion cubic feet of gas in place. The field is located approximately 190 kilometers north of Port Said in waters approximately 1,500m deep.

The project was delivered in record time as production in the first phase of the Zohr gas field commenced in December 2017. The field is currently producing 2 billion cubic feet of gas per day (bcfd), equivalent to approximately 365,000 barrels of oil equivalent per day. Production is expected to reach a production plateau of 2.7 bcfd by end 2019.

In December 2018, Mubadala Energy completed the acquisition of a 20 percent participating interest in the Nour Concession located in the Nour North Sinai off-shore area.

The Nour exploration block is located in the prolific East Nile Delta Basin of the Mediterranean Sea, approximately 50km offshore in the Eastern Mediterranean, with a water depth ranging from 50 to 400 meters, and covering a total area of 739 km².

Mubadala Energy was awarded Red Sea Block 4 by the Government of Egypt in the 2019 Red Sea Licensing Round and the concession agreement was signed in January 2021. Mubadala Energy holds a 27 percent participating interest in Block 4, which is located in the Northern Red Sea in an area adjacent to the prolific Gulf of Suez basin and has the potential to unlock material new oil and gas plays.

Established in 1974 and headquartered in Alexandria, Arab Petroleum Pipelines Company (SUMED) is an Egyptian oil and gas service provider that owns and operates pipelines and associated storage facilities connecting the Red Sea and the Mediterranean.

SUMED provides the most reliable, secure and economic route for Arab Gulf crude oil movements to the consuming refining centers in the West with 70% of the oil shipped from the Arabian Gulf to Europe passes through the SUMED pipelines.

SUMED owns and operates 2 parallel pipelines, 42 inches in diameter and 320km in length, linking Ain Sukhna (Gulf of Suez) to Sidi Kerir (on the Mediterranean) with a capacity of 20 million barrels of crude oil tank at each terminal.

This joint stock company of $400 million paid-in capital. 50% of the company is held by Egyptian General Petroleum Corporation (EGPC), while Mubadala, Saudi Aramco, and Kuwait Investment Authority all hold a 15% stake each. The remaining 5% is owned by Qatar Petroleum. 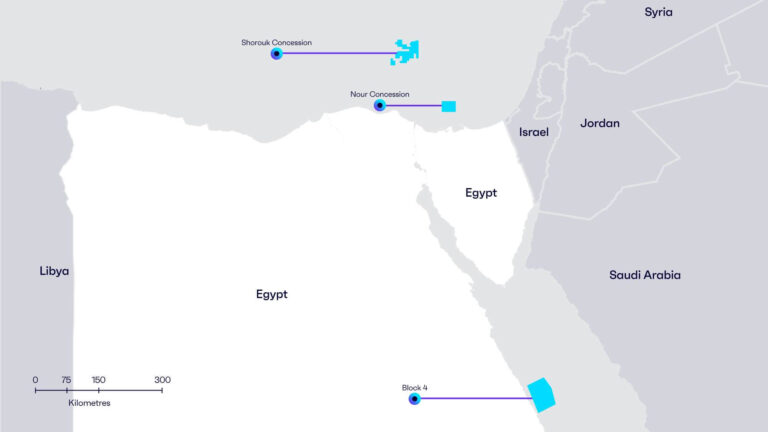 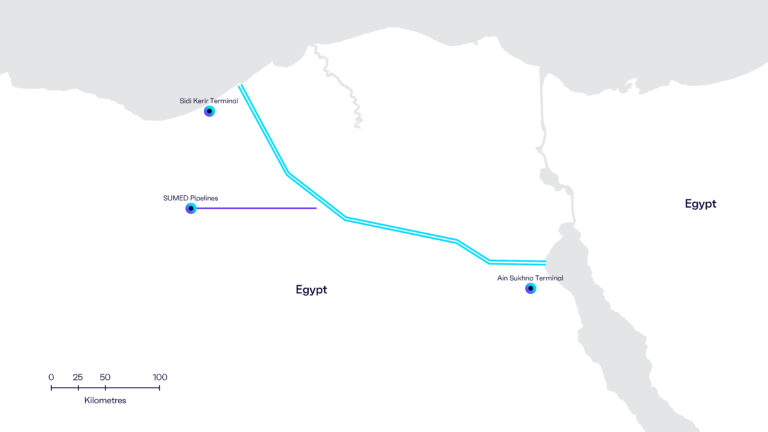